President Obama visited Australia this week.  It was later announced that Australia will host 2,500 US troops in an effort to increase the presence of the United States in the Asia Pacific region.  Some people believe that this will increase the risk of Australia becoming a target for terrorist acts

Terrorism experts say that this is unlikely to make Australia more of a target than it already is.  Those who are concerned should be aware that the threat of a terrorist act in Australia is always a possibility.  This is true regardless of whether or not Australia houses the US Marines.

Generally attacks are planned to take place in public areas.  Many experts believe that military bases are unlikely to be targeted.  America has numerous bases all over the world.  Experts state that there is no reason why this base would be more of a target than others.

Australia has a close relationship with the United States of America.  Due to this it is always going to be at risk of an attack occurring.  However this can be said for almost every western country in the world.  Those who are concerned should consider the benefits that this agreement would bring both countries.

Chinese media outlets have printed articles admonishing Australia for this move.  Some believe that the US is placing 2500 troops in Darwin in preparation for an attack by a large Asian country.  Officials have dismissed this as China and Australia have had a relatively good relationship in the past.
Major vulnerabilities exist in the nation's energy grid, creating a target-rich environment for hackers and malicious nations. 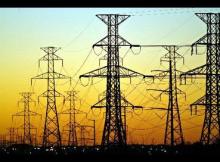 When there’s a major weather event in any part of the country, a portion of the power grid inevitably goes dark; sometimes for hours, sometimes for days. Most people in the U.S. can identify with this, always knowing that the power is coming back. However, as our power grid and energy plants are going increasingly toward networked automation, security analysts are becoming worried about a fatal shutdown of our national power grid. No weather, no warning, just a sophisticated hacker attack that shuts everything done with an Armageddon-like aftermath.

There’s already been a very real-world application to the kind of sophisticated hack necessary to do this in the Stuxnet attack on Iran’ nuclear program. Stuxnet, which many believe may have been an attack by another nation given the military-grade cyber-attack, has already been replicated in laboratories without the necessary resources of a nation backing them. The ease with which some malcontents could cobble together a devastating hack has the world’s cyber-security professionals lying awake at night, thinking about the vulnerabilities of water systems, power grids, and infrastructure that now depend, wholly or in part, on computer systems.

One of the biggest hurdles for these would-be apoca-hackers is somehow remotely controlling a “controller box”, or the computational nerve center of heavy machinery of water turbines to nuclear coolant tanks. With the advent of Stuxnet, all of that changes. Stuxnet hacked into controllers in Iran’s nuclear facility’s turbines, telling them to turn so fast that they actually damaged the physical equipment to the point where the entire facility shut down. Stuxnet revealed to everyone, cyber-security professionals and hackers, the incredibly weaknesses of most controllers. The ones in question were developed by Siemens AG, one of the largest providers of heavy-equipment controllers in the world, and were found to have a number of vulnerabilities including weak password protections.

Security researcher Dillon Beresford reported that he was able to find over a dozen vulnerabilities in the same type of controllers with only two-months and about $20,000 of equipment. That’s 60 days and a small business loan for a maliciously-minded hacker. Siemens has reported that that issue is primarily with older controllers, and they are working with the Cyber-Security arm of the U.S. Homeland Security Department to address the problem. It should be noted that other controller issues were found in the Southern California Power Company, which serves some of the largest metropolitan areas in the country. These controllers, however, were not Siemens, which indicates an industry-wide problem with easily-hackable heavy-equipment controller boxes and very vulnerable large-scale infrastructure.

But what does the American justice system have to say about it? Andrew Cohen with The Atlantic attempts to answer.

It seems like every couple of weeks we get word of another al'Qaeda leader or operative having been assassinated by U.S. military operations. Zawahiri, al-Yazid, al-Rhaman, bin Laden himself, and the latest in the Obama Administration's ever-shrinking hitlist; Anwar al-Awlaki, an American-born citizen living abroad that was placed on the administration's hit list last December. Now he's dead and there are questions arising about the legality of the U.S. government assassinating their own citizens (there was another American defector with Al-Awlaki during the drone attack). A recent article in the The Atlantic by CBS News legal analyst Andrew Cohen seeks to analyze the constitutionality of these acts and answer the question; does the government have the right to secretly place an American citizen outside the reach of due process and constitutional liberty? It's the swampy crossroads of domestic and military law where so many issues have been lost to the inexorable suck of a question more easily dismissed than answered.

That, in a thought, is exactly where Cohen starts, with the comments of U.S. District Judge Bates, who to date is the only one that has, "spoken on behalf of the federal judiciary on the topic of the constitutionality of these targeted killings." Bates summed up the legal questions, but gave nothing in the way of legal answers. "Can the Executive order the assassination of a U.S. citizen without first affording him any form of judicial process whatsoever, based on the mere assertion that he is a dangerous member of a terrorist organization?" Does al-Awlaki, being a natural born citizen of the United States alleged defected to a known global terrorist organization, possess the same rights as an American citizen similarly affected? Known "domestic grown" terrorists, even those that are not American citizens, seem to benefit from some form of trial and due process.

The question is more interesting when put in the context of our "War on Terrorism", dating back to the federal courts of 2002 and 2003, when issues regarding guilt and innocence of potential terrorist agents was largely deferred to the executive branch based simply on... what? Allegations? Now, in 2011, have we come so far from that desire for vindication that we're once again questioning the country's motives in the war? Has the chip on our shoulder weathered enough that the case may be brought against the government that although they are seeking the very people for whose blood we were slavering just five or seven years ago, there should be a public inquest into who exactly is writing the names (or moreover, checking them off) the Obama hit list? What about the larger moral question? Should we be unilaterally killing people, trusting that the intelligence on them is solid? After all, we've still yet to see a single WMD (no matter what Mr. Cheney's fallacious book says) in Iraq, and that was supposedly "hard intelligence".

To my thinking, we are still embroiled in a war, and the commander-in-chief and his war council make those decisions. Being our elected representatives and the military minds of our country, I defer to their decision-making. It's a convenient thing to apply the U.S. military when the public is out for blood, and to point fingers and cast dispersions when we've had a moment to cool down. If that's true, perhaps we should have been more discrete in the application of our military might in the first place. 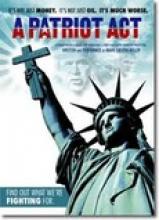 Well, another hopey-changey item on the Obama to-do list—or at least something we’d all hoped he’d changed, I think—is now among one of those extremely offensive bipartisan efforts the president keeps throwing at us in the name of a compromise that nobody wants.

The PATRIOT Act, that hundreds-of-pages document passed way back when, right after 9/11, makes a lot of illegal acts legal in the name of terrorism. I remember attending protests, screaming about how we don’t have a fourth amendment anymore, how our constitution is being crumbled by this act—and how the hell can the Supreme Court allow it, by the way?—and how “Hey hey, ho ho, George Bush has got to go.”

I never thought I would associate this bill, and especially its renewal, with someone as enlightened as Barack Obama is supposed to be. But he’s done it; he’s signed the bill and allowed it to be renewed for another four years.

The Act allows the government to use roving wiretaps, search records, and all kinds of other privacy violations—and worse—in the name of terrorism. There have been news stories about college kids having their dorms searched while they weren’t home because they expressed anti-Bush sentiments and worse; I don’t remember all of the different pieces of evidence, but I once had to build a college debate on the subject and I know I had a huge file box full of stories.

So much for the biggest liberal ever elected, right? Most of us on the left already knew that—especially after Obama nixed the public option for healthcare, made allowances for the quagmires we’ve started in the Middle East, and most recently when he renewed Bush’s tax cuts for the wealthy, further plummeting us into massive debt.

I get that Obama has done a lot of great things for us that we asked for, and I get that he inherited one of the worst presidential jobs and U.S. climates in history; but I’m so damn tired of this “meet in the middle” BS that we NEVER get extended from the right. While we’ve got someone from the left in office, he needs to worry about serving the people who freaking voted for him—not reaching across the aisle for compromises that don’t mean squat to the right to begin with. He gives them an inch and they demand miles, and why wouldn’t they, since he seems so eager to give them what they want in the first place?

Remember back when Obama said that Bush and Cheney should be investigated for war crimes—and then dismissed it once in office? That was pretty damn disappointing, too. All I can think is that perhaps we should make it a law that presidential candidates have to put their promises in writing, as well as online for all to see. These people are working for us, not the other way around, and we should definitely get to change the interview process. It’s pretty hard for us to get jobs with so many vying for so little these days, so why not widen the scope and include politicians?

The PATRIOT Act was set to expire and now we have another four years of unconstitutional fun. I wonder what else is in store, still hanging on the back of a decade-old tragedy that, while still devastating, accomplished what its perpetrators wanted to begin with—to terrorize Americans and affect our way of life forever.

Terrorist groups, conspiracy theories, and every color code of terrorism to talk about

We Support
Climate Activism
Click to reach the League of Conservation Voters.
Conversation Processing Intelligence™ beta website!
Click here to visit the hub of the Klat Network.
This site is part of the Klat network of blogs, forums, and communities.

Will a US Base Raise the Risk of Terrorism in Australia?

Obama's Knocking Off Al Qaeda Operatives Like Bowling Pins, Even The American Ones